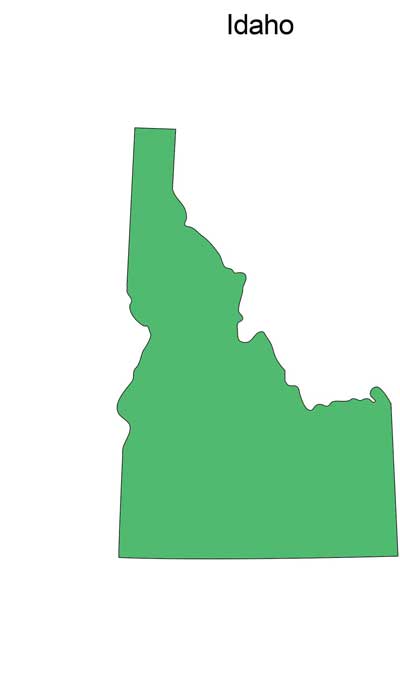 Is CBD Cream Or CBD Oil Legal in Idaho?

Idaho is arguably one of the most marijuana-unfriendly of states in the country. In 2018, the state passed House Bill 577 and briefly encouraged expectation that use of CBD oil would be legalized. But that never transpired, and the matter is still held up by bottlenecks in the form of the Governor’s office and the Senate.

Both marijuana plants and industrial hemp provide extracts of CBD oil. Industrial hemp and drug plants differ in many ways. While hemp is agricultural in type, a drug crop is horticultural. Hemp is low in resin, whereas a drug crop has a higher component of resin. A pedigree seed grows into hemp, while chromosomal reproduction of clones accounts for drug crops. Hemp is closely grown, with more than 100 thin and tall plants within a square meter, while drug plants number two to three in a square meter. While industrial hemp can be used to make a range of products, a drug plant is used for a single purpose after hand-drying, clipping, and curing.

A 7:3 Indica dominance characterizes this CBD Crew-bred strain. White Widow and an unknown sativa-hybrid have been crossed to engender this strain, accounting for its high-CBD character. The strain has a fragrance resembling that of a sweet onion. Thanks to its balanced CBD-to-THC ratio of 1:1, Sweet and Sour Widow has a very gentle psychoactive impact, justifying its suitability for new consumers and sufferers of ailments who seek treatment without any attendant mind-altering haze.

Nebula II CBD is bred by both Paradise Seeds and CBD Crew. The composition of this strain has a 3:2 dominance of Sativa, and a high CBD component of 7%. Thanks to its CBD-to-THC ratio of 1:1, this is much sought after by patients who seek medicinal marijuana. An aroma redolent of fruit and a sweet flavor reminiscent of honey characterize this strain. Nebula II CBD provides relief from anxiety and pain among other ailments without any debilitating effect on a patient’s energy or productivity.

What Are The Recreational Marijuana Laws in Idaho

A state that is yet to allow the use of medicinal marijuana is unlikely to permit the lawful use of recreational marijuana. In fact, marijuana is classified as a Schedule I hallucinogenic substance by the Idaho Uniform Controlled Substances Act. Any resident of the state who is found to possess up to 3 ounces of cannabis could face jail time up to a year or must pay a fine of $1,000.

Idaho is a rare American state where neither recreational nor medicinal cannabis is legal. In the absence of any official pilot medical program, possession of medical certification will not help avoid punishment if he/she possesses or grows medical marijuana in Idaho.

Idaho is vehement in opposition to marijuana. In 2018 the House Health and Welfare Committee passed House Bill 577 favoring legalization of the use of CBD oil and CBD cream. However, the bill is pending approval of Governor Butch Otter who has expressed oral disapproval. In case the bill gets approved any time in the future, residents of the state who seek medicinal marijuana would need to apply to the Idaho Board of Pharmacy for a CBD registry card.

Where Can You Buy CBD Cream and CBD Oil In Idaho

The use of CBD oil and cream with a negligible THC component is federally lawful as per the farm bill of 2014. Thus, you may buy CBD cream and CBD oil legally. But in the absence of any retail sellers, you would have to source your requirement of CBD oil and CBD cream online. Online purchase may enable you to get discounts on wholesale prices and you could also benefit from delivery at your doorstep.

Public consumption of marijuana in Idaho is unlawful to even for a qualified patient from another state of the country. The Senate and the Governor are yet to approve HB-577 that proposes legalization of CBD oil and CBD Cream. However, the use of CBD oil or CBD Cream with a negligible THC component is federally lawful as per the farm bill of 2014. Thus, you may buy CBD oil or cream legally. But in the absence of any retail sellers, you would have to source your requirement of CBD cream or CBD oil online.