The Benefits of CBD Cream for Knee and Joint Pain

Cannabidiol or more commonly referred to as CBD is one of the major cannabinoids found in the cannabis sativa plant. The claimed benefits of CBD as a therapeutic and medical supplement are fast coming to light with many studies being undertaken to investigate the potential benefits of this magical plant. 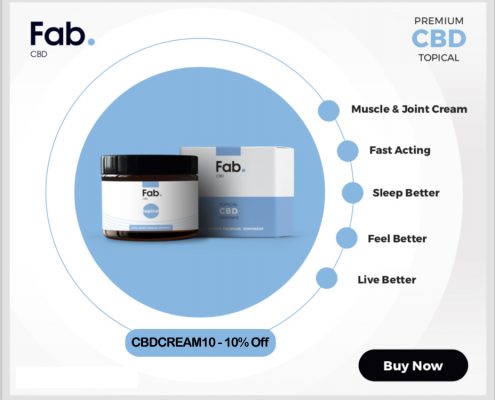 History of CBD and Cannabis.

Cannabis has been used by both ancient and modern civilizations for centuries, and its first medical use was documented by the Chinese around 3000BC. The Chinese listed cannabis as a medical treatment for many conditions such as gout, constipation, and rheumatism. It was also used extensively in the Far East as a nutritional supplement. Since those early civilizations, many other people across the globe used cannabis for a variety of conditions, diseases, and ailments.

Previous to the Marijuana Tax Act of 1937 cannabis was widely used as a prescribed drug in the United States and commonly found in most peoples medicine cabinets at home. The Marijuana Tax Act was the start of the “War on Drugs” which was officially labeled during the Nixon Administration of the 1970s. Until California was was the first state in America to relax medical marijuana laws as early as 1996, not much research had or could have been done on the properties of cannabis. Since then almost all of the 50 states in the United States have broadened both medical and recreational, and as many as 10 states have legalized cannabis for adult use.

Although CBD was originally isolated in 1940, it was thought to be a precursor to the psychoactive cannabinoid known as THC. Fairly recently scientists realized that that CBD is not only a unique cannabinoid with no psychoactive cannabinoid but from a genetic level has a very similar makeup to the carbons found in THC. CBD is not an active cannabinoid and therefore does not make you ‘high”, unlike THC. However, the reason for its popularity is that there are many claimed medical benefits, so much so that just in July of 2018 the US Food and Drug Administration ( FDA ) approved its first CBD based medicine, known as Epidiolex. Epidiolex is a new drug on the market that treats patients suffering seizures which are known side-effects of rare epileptic diseases such as Dravet Syndrome. Studies have proved that the use of CBD on patients suffering from these associated side-effects can reduce seizures as much as up to 40% and some claims of reducing seizures by 100%.

CBD is not only great for treatment of seizures but also many other medical conditions such as for insomnia, multiple sclerosis, combat anxiety, fight cancer and reduce the risk of diabetes. Further to the above and more importantly it is an excellent supplement or treatment for pain management, something that is associated with many health conditions and diseases. CBD is an excellent treatment for reducing inflammation, pain and general discomfort which is usually associated with varieties of health conditions.

The amazing possibilities of CBD on the wide range of ways it may be administered to patients. CBD is simply extracted from the cannabis sativa plant and then infused into a variety of products such as gel capsules, vaporizer capsules, edibles, and even topicals. The reason CBD can be used in so many different ways is that CBD connects to tiny receptors found throughout our bodies. Our endocannabinoid system ( ECS ) houses these receptors, and our ECS comprises of our immune and nervous system, including our brains and skin. Using topically infused CBD balms, salves, gels, oils or creams are a very effective and efficient way to use CBD and delivered easily to where you need the relief.

Although evidence through peer-reviewed studies is mounting up, more research is required to conclusively change the minds of our leaders and government agencies. Although many studies that have been completed on both humans and animals, the results are very encouraging. Public demand and support have been supporting cannabis treatment for decades, and people that treat themselves with CBD products believe there is much relief from knee and joint pain.

A 2016 study found that when CBD is used as a topical treatment for pain, patients get much relief from inflammation and associated pain. An earlier study conducted in 2011 proved that CBD use on rats reduced inflammatory pain by affecting the way pain receptors found in all mammals bodies respond to stimuli. More recently in 2017, a study concluded that CBD Cream is a safe and useful treatment for knee and joint pains, even joint pains associated with arthritis.

Even though CBD is not approved for its many potential therapeutic and medical applications, the approval by the FDA of Epidiolex is a huge step in the right direction for the people of America and hopefully with further studies and support the FDA will approve more CBD based medicines for the wide range of conditions it may potentially treat.

Both rheumatoid arthritis and osteoarthritis are two degenerative diseases associated with much joint pain, including and not limited to hands, knees, and feet. Many studies are confirming that CBD is an effective treatment and provides much relief associated with the pains in knees and joints of both these related diseases.

The lack of scientific evidence and conclusive studies are mainly because of the laws associated with cannabis. And now with the laws crumbling from state to state and countries across the globe, we are seeing far more studies proving the potential of CBD as a medicine.

CBD creams are gaining in popularity with people having issues with there knees.  Creams are becoming more popular to treat this condition because of there ability to be applied directly to the knee instead of being digested like you would if you are using oil.

CBD topical treatments provide people with much relief not only for pain management but have a host of other beneficial properties. It is really worthwhile for you to consider using CBD as a daily nourishing treatment, leaving your skin fresh and vibrant. CBD is non-toxic, non-addictive and will not make you feel “high,” so really what do you have to lose, it could provide you with many benefits as suggested above.

How Exactly Do CBD Creams Work For Joint and Knee Pain

Majority of pain associated to joint and knee pain is caused by inflammation, and this is exactly what CBD works best for. CBD activates pathways to the CB2 receptors thus reducing pain experienced. These receptors receive chemical signals from stimuli and help the rest of your cells to respond to these communications.

When your receptors react to CBD they produce anti-inflammatory effects thus reducing the associated pain. Our ECS is responsible for keeping our bodies in balance and when our bodies are out of balance or we are feeling ill it looks at supplements like CBD to heal itself.

A study published in the journal Rheumatology reported that CB2 receptors were found in abundance in joint tissue of patients suffering from arthritis. The reason for this abundance is our ECS is working in harmony with trying to bring our bodies back into balance or homeostasis.

In fact, CBD is so good at the healing process of joints that the World Anti-Doping Agency ( WADA ) in 2017 removed CBD from its list of controlled/banned substances so that athletes may benefit from CBD without risking their careers.

CBD topical treatments provide people with much relief not only for pain management but have a host of other beneficial properties. It is really worthwhile for you to consider using CBD as a daily nourishing treatment, leaving your skin fresh and vibrant.  CBD is non-toxic, non-addictive and will not make you feel “high”, so really what do you have to lose, it could provide you with many benefits as suggested above. 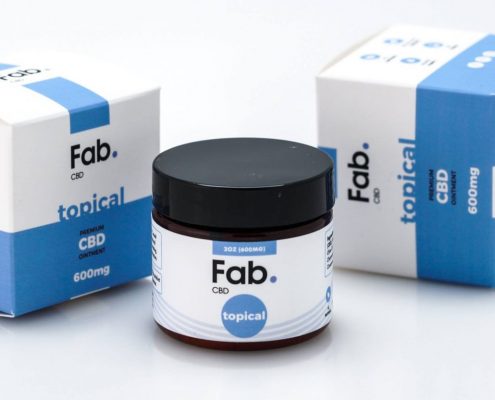 FABCBD’s CBD cream is in our option the best cream on the market.  The way its produced and the CBD oil that is used in this product is the highest quality you can get online today.  Because this cream is so pure and 100% natural ingredients its ability to help relieve inflammation, pain, and stiffness in your knee’s and joints is the best we have tried.

Kevin Rachett
Kevin Rachett is an author at Familycbdorganics.com. He has been a long time Cannabis and CBD user. He started writing a few years back when his life was greatly affected by a head injury. After hundreds of different products and medications, he went back to his what he knew which was cannabis. Finding CBD changed his life for the good and since then has been writing and sharing the information he has learned through his personal journey.
Latest posts by Kevin Rachett (see all)