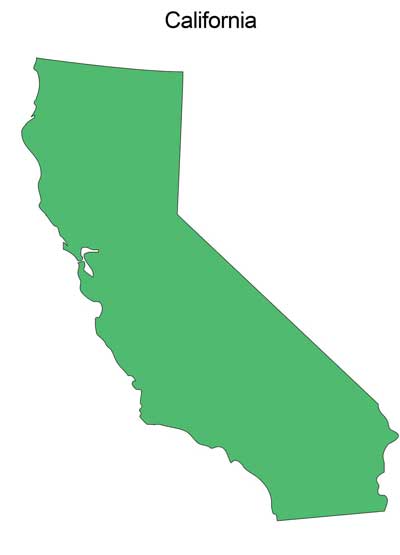 Is CBD Cream Or CBD Oil Legal in California?

With the passage of Senate Bill 566, the use of hemp-derived CBD oil was initialized legalized in California in 2013. with the passing of Senate Bill 566. However, the actual establishment of the writ of the bill did not transpire till early 2018, when SB 1409 was approved in the state.

In this article, we look at the definition of CBD oil, the two High-CBD/Low-THC strains that are most sought after by users, and the legal provisions relating to the possession and use of CBD in the State of California.

The stalk and seeds of the cannabis sativa plant help produce extracts of the seemingly miraculous CBD oil and cream, devoid of the psychoactive characteristic of tetrahydrocannabinol (THC). With its anti-arthritic, antineoplastic, analgesic, antiemetic, anti-inflammatory, anticonvulsant, antipsychotic, and antioxidant properties, cannabidiol (CBD) can give its users a wide range of therapeutic benefits.

A strain could have a high proportion of either CBD or THC, or a blend of the two, in equal proportion. Distinctive medicinal properties are attributed to both chemical compounds. However, the presence of both compounds can augment some properties. For instance, patients who are prone to anxiety could benefit from high-CBD or blended strains.

Most Sought After High-CBD/Low-THC Strains

A phenotype of Cannatonic, ACDC, with a THC to CBD ratio of 1:20, has a high component of sativa. The high CBD ratio ensures that users don’t feel any intoxication. ACDC, with its highest CBD proportion of 19%, can alleviate various medical conditions including multiple sclerosis, anxiety, and epilepsy, as well as the adverse effects of chemotherapy.

Given its genetic strain derived from two high-CBD parents, Cannatonic and Sour Tsunami, Canna-Tsu is a hybrid form of cannabis. Canna-tsu buds let off a fragrance reminiscent of delicate citrus, ensuring that its users experience sweetish earthy flavors. Thanks to the high CBD to THC ratio of Canna-Tsu, its users do not lose their mental clarity while enjoying its mellow effect. Patients seeking relief from seizures, pain, inflammation, and anxiety seek out such strains.

After the enactment of SB 566, California appeared poised for a revolution in industrial hemp production and sale. However, the provisions of SB 566 were largely neutralized when in 2016 the state passed Proposition 64. Thus, like other states that had legalized adult-use of recreational marijuana, California seemed to consider its industrial hemp program an afterthought. The Senate Committee on Public Safety, in the earlier part of 2018, made a U-turn by passing SB 1409 and setting the pilot program on course as intended in SB 566.

Industrial hemp is defined by Section 11018.5 of the California Health and Safety Code as “an oilseed crop limited to variants of the Cannabis sativa L plant.” The code also mandates that the THC component of industrial hemp within such definition must not exceed 3%

Use of Recreational Marijuana in California

From early 2018, the sale of recreational marijuana in California has been deemed legal, following a 2016 vote in favor of such legality by Californians. Currently, California enjoys a reputation as the largest legal marijuana market in the country. An individual over the age of 21 is allowed to carry an ounce of marijuana to serve his/her non-medical needs. Residents of the Golden State are also allowed to grow up to six marijuana plants at home, without the need to hold a medical certificate. BDS Analytics has projected marijuana sales of $3.7 billion for 2018, with the figure expected to rise to $5.1 billion in 2019, when more dispensaries become operational.

Where to buy CBD Oil and Cream in California

The law allows the use of CBD oil or CBD Cream in California without the need to produce a medical certificate. Yet California, despite its reputation of being the largest market for cannabis in the country, has its share of dubious sellers looking to make a quick buck with a spurious product. Hence a buyer of CBD oil or Cream — whether online or from a brick-and-mortar outlet — would be best served if he/she ascertained the CBD and THC levels of the product by double-checking the lab-tested cannabinoid profile thereof. Manufacturers’ websites carry the test reports. People’s OC (Santa Ana, CA), Exhale Med Center (West Hollywood, CA), and Rose Collective (Los Angeles, CA) are among the prominent stores that stock the drug. Although California has a large number of legal sellers of CBD products, you may not always find such an outlet in your neighborhood. Thus, by buying it online, you are assured of getting what you need in the most practical and convenient way.

The enactment of SB 566 in 2013 promised to be the onset of an industrial hemp revolution. But the revolution was nipped in the bud with the subsequent passage in 2016 of Proposition 64. However, the pilot program was back on track earlier in 2018 when the state approved SB 1409. Additionally, the possession of one ounce of recreational marijuana has been rendered legal with effect from 1st January 2018. Although stores across the Golden State stock CBD oil, buying it online not only is convenient but also puts endless options at the buyer’s disposal.