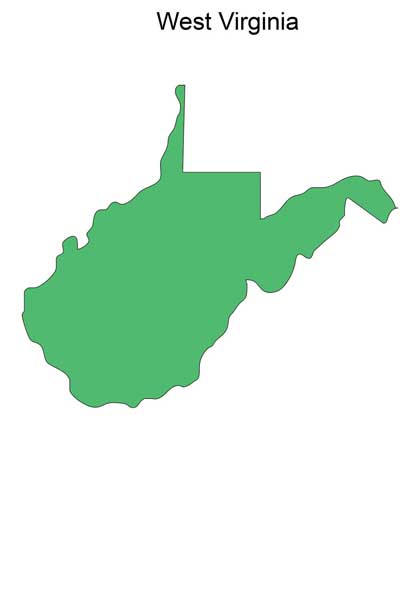 IS CBD CREAM OR CBD OIL LEGAL IN West Virginia?

Following the passage of SB-447 in 2002 in West Virginia, industrial hemp was recognized as an agricultural good provided it had less than 1% of THC content. A licensing mechanism was also established by the bill to enable the growth, process, and commercial trade of industrial hemp by local farmers.

This article sheds light on commonly sought strains, legal provisions relating to CBD oil and CBD cream in West Virginia, and modes of buying the product lawfully in the state.

This Sativa-dominant strain can have a mind-altering impact on the user. Bred in North California with an aroma that blends sweet lemon and spicy pine, Trainwreck was created by blending Afghanis Indicas with Mexican and Thai Sativas. The euphoric impact of the strain leaves a happy and creative user. Its high THC content helps to give relief from migraines, arthritis, and pain. It is also a popular antidote for PTSD, anxiety, and ADD/ADHD. This strain when grown outdoors typically flowers at the beginning of October. Indoor plants flower in about two months.

A legend among strains, Northern Lights is Indica-dominant with resinous buds and is known for a short flowering interval and strong growth. A cross between indigenous Afghani and Thai landrace, the strain has led to other celebrated hybrids such as Shiva Skunk and Super Silver Haze. Though the strain is said to have originated in the U.S. in the vicinity of Seattle, the real origin of the strain– bred by Sensi Seeds — is in fact Holland. It has a pungent spicy taste with fragrant crystal-buds that sometimes reveal a deep purple hue.

Northern Lights has a gentle psychotropic impact that renders mental as well as physical calm, with a manifest relaxation of muscles. Patients seeking relief from pain and sleeplessness can bask in the languid comfort the drug offers to alleviate feelings of depression and stress. Of the various phenotypes of the strain the most recommended by the breeder is grown indoors and flowers in approximately 50 days.

Adult-use cannabis is a classified drug under Schedule I. Possession of even trace amounts could attract jail time of 90 days along with a fine of $1,000. However, first-time offenders found in possession of fewer than 15 grams could find reprieve in the form of conditional discharge.

The passage of the West Virginia Medical Cannabis Act in early 2017 allowed lawful use of medical cannabis in the forms of oil, pill, cream, gel, or ointments. However, patients are not likely to be issued identification cards by the Bureau for Public Health until July 1, 2019, cards that would enable them to obtain medical cannabis lawfully provided they suffer from terminal illness, sickle cell anemia, spinal cord damage, severe pain, PTSD, multiple sclerosis, Parkinson’s disease, neuropathies, intractable seizures, Huntington’s disease, Crohn’s disease, epilepsy, HIV/AIDS, cancer, or ALS. Medical cannabis sales are projected to top $36 million by 2022.

Industrial hemp with less than 1% THC was defined as an agricultural commodity by Senate Bill 447 in 2002 which set a mechanism in place to license local farmers to grow, process, and trade hemp commercially.

Where to Buy CBD Oil and CBD Cream In West Virginia

There are many retailers of CBD oil and CBD cream in the state with the most reliable ones including Charlies Too in Charles Town, Eclipse 4922 in Martinsburg, Smokers Emporium in Morgantown, Vapor Mall in Charleston, and Select A Vapor in Barboursville. But most buyers of CBD cream or CBD oil in the state prefer to source it online for the price advantage and other conveniences.

Industrial hemp with a THC component not exceeding 1% was as an agricultural product by SB-447 passed in West Virginia in 2002. Additionally, the West Virginia Medical Cannabis Act enacted in 2017, made it lawful for residents of the state to consume hemp in the form of oil, pills, cream, gel, or ointments. Sales of medical cannabis are expected to top $36 million by 2022. Cannabis is categorized as a drug under Schedule I and possession of even a trace amount can mean incarceration of 90 days in addition to a fine of $1,000. Buying CBD products online is pragmatic given the many conveniences and options that a buyer can enjoy.