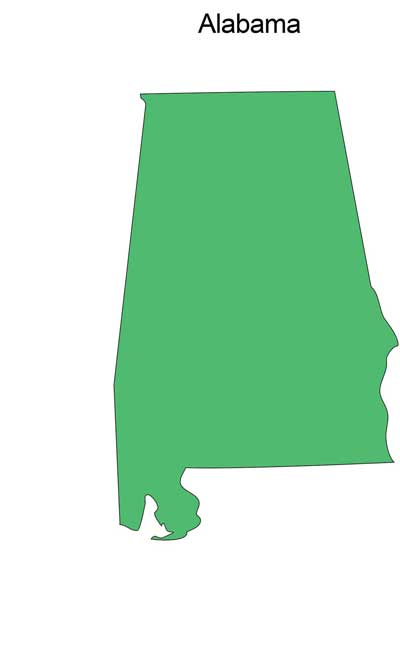 Is CBD Cream Or CBD Oil Legal in Alabama?

In 2014 the usage of CBD in Alabama became legalized and in 2016 its eligibility criterion got expanded. Yet although the industry, which registered a turnover of $9.7 billion in 2017, is growing exponentially across the U.S., somebody who wishes to procure CBD products in the Cotton State must comply with some of the strictest criteria in the country. In this article, we shall explain what exactly we mean by CBD, how it differs from Tetrahydrocannabinol (THC), and the legal requirements for its usage in the heart of Dixie.

CBD is an acronym for cannabidiol, one of over 60 compounds produced naturally in the Cannabis Sativa L plants. The term ‘cannabinoid’ is used to define the scientific class for the classification of such compounds. While THC with its psychoactive effects ranks as the most popular cannabinoid, CBD is the second-most preferred cannabinoid among consumers. The natural physical and mental benefits offered by cannabidiol, without attendant giggles, paranoia, or couch-lock, account for its rising stock.

Benefits of CBD Oil and Creams

Hemp with its high proportion of CBD and a relatively low proportion of THC offers an extract in the form of CBD oil. This contrasts with the production of medicinal marijuana products that are typically derived from plants with a high proportion of psychotropic THC. Products made from CBD hemp oil are non-psychoactive, thanks to the low level of THC in hemp.

At the end of a hard day, a person seeking relief from stress could benefit from consuming CBD. But the drug has several other benefits including relief from insomnia, bowel inflammation, nausea, menstrual cramps, joint pain, post-trauma stress disorder, anxiety, seizures, and ordinary moodiness.

Mode of Consumption of CBD

Most CBD medications are ingested orally in the form of oil drops that you can swallow after you dip and hold under your tongue for about 60 seconds. Additionally, consumers of CBD also use it in the form of topical creams and ointments. Some may prefer to such high-CBD marijuana strains as ACDC or Charlotte’s Web.

In 2014, “Carly’s Law,” an affirmative defense against the possession and usage of CBD, was approved by the Yellowhammer state. At the time, patients were required to be enrolled in the cannabidiol study program of the UAB ((University of Alabama-Birmingham). This requirement was done away with in 2016 after the passage of Leni’s Law that allowed patients and parent caregivers to use a low-THC (up to 3%) extract.

A patient in Alabama, with a critical condition that cannot be treated with traditional medicine, can use CBD provided he has a documented diagnosis from a doctor with whom he shares a bonafide physician-patient relationship. Additionally, such CBD usage must be aimed at providing therapeutic or palliative relief from such ailments as grave and unrelenting muscle spasms, intense nausea, chronic or severe pain, cachexia syndrome (also known as wasting syndrome) and seizures. The state has also extended permission to use CBD to patients with any other medical condition that repels conventional medicine.

Alabama forbids the possession of marijuana in any form other than industrial hemp, including for medicinal use. The state considers Such possession a criminal offense, punishable with imprisonment. The proposed medical marijuana program is in line for a legislative vote in the state. The State Department of Health is expected to issue identification cards to qualified patients after the formulation and execution of a program for said purpose.

Where to Buy CBD Oil and Creams in Alabama

Some friends of mine keep asking on social media whether it’s possible to ship CBD oil or CBD Cream from California or Colorado to Alabama with its strict laws relating to cannabis. It’s time to clarify that a U.S. citizen in any part of the country is legally allowed to buy CBD oil and cream online. This is particularly useful for residents of Alabama who cannot get CBD oil / Cream and in the state, which has no legal permissions to cultivate or distribute the drug. The sole legal route to getting CBD oil and Cream in the state is through a physician. If you imported CBD oil or Cream from another state to Alabama, you could be considered a federal offender. It’s a federal offence in America to get home delivery of CBD oil or Cream with more than 3% of THC (a hassle you can avoid by opting for a trusted brand such as CW Charlotte’s Web or Select CBD.

Legal consumption of CBD-based products began in 2016. However, it is tougher to buy CBD products containing low-THC (maximum of 3%) in Alabama than in most other states. A diagnosis from a medical professional with whom you have a bonafide physician-patient relationship will qualify you for medicinal CBD (after the enactment of Leni’s Law). Thus, the best way for an Alabama resident to obtain CBD oil or Cream products is to buy it online.