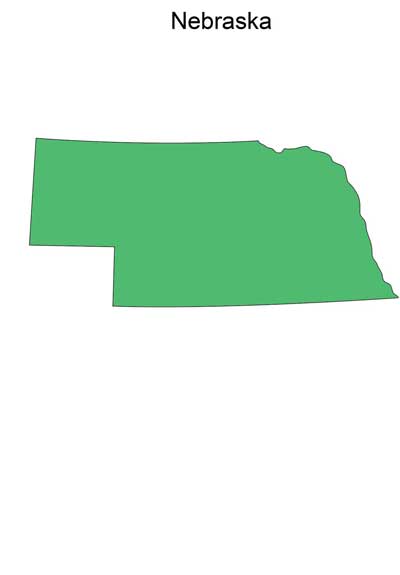 Is CBD Cream Or CBD Oil Legal in Nebraska?

LB-1001 was enacted in 2014, leading to the statewide reclassification of industrial hemp. The plant would thereafter be considered an agricultural crop and state-sponsored research into its growth was launched. However, the use of medicinal marijuana is not lawful in the state.

In this article, we look at commonly sought strains, the legal provisions relating to CBD oil and CBD cream in Nebraska, and buyers’ sources of the drug in the state.

A CBD-to-THC ratio of 1:1 and an equivalence of dominance of Sativa and Indica justify the name of this strain which is a cross between Amnesia Haze and a landrace strain known for high CBD content of 10-14%. The strain which is known for bodily relaxation combined with a mild cerebral haze gives relief from seizures, nausea, and pain. With shiny orange hair-covering — and a thin veneer of trichomes — for its slightly green buds, this strain boasts a fragrance that is subtly redolent of Citrus and takes about two months to flower.

A cross between Harle-Tsu and Thunderstruck, both of which are CBD-rich, Harley Storm has substantial CBD content (22%) and low THC content by contrast. Bred by Cannavative, the strain results in a gentle cerebral experience devoid of psychoactive haze and gives relief to sufferers of seizures, inflammation, and pain. Dry eyes can result from an overdose.

Adult-use of recreational marijuana is not lawful in Nebraska. Cannabis is classified as a controlled substance listed in Schedule I and possession of an ounce can attract a $300 fine along with mandatory attendance of a drug education course. A second offence (a Class IV misdemeanor) would attract a $500 fine and a third offence could mean jail time extending to a week.

The use of medicinal marijuana is not lawful in the GOP-rules state, given the conservative criticism of cannabis. Every cannabis related Bill has been shot down in the state legislature, and Gov. Pete Ricketts has gone on record stating his rigid opposition to such legislation seeking his approval. This was never more evident than in the Senate session in April 2018 when the session was closed arbitrarily with no action of consequence taken on marijuana policy reform. However, according to a recent poll, LB 622 which seeks to launch a statewide medical marijuana program is supported by 75% of Nebraskans.

The state reclassified industrial hemp in 2014 through the passage of LB-1001. State-Sponsored research into the plant — newly defined as an agricultural crop — was initiated. The law mandates that CBD oil and CBD cream with less than 0.3% of THC content be excluded from the definition of marijuana in the controlled substances act. Section 7606 in the federal Farm Bill was also accorded approval, whereby state-sponsorships were authorized for programs relating to hemp research while ignoring federal reclassification of the plant.

Were to buy CBD Oil and CBD Cream in Nebraska

Retailers vending CBD oil or CBD cream products are few and far between in Nebraska. The most reliable options include L&L Vapes, Generation V, Caterpillar Vapes, and Habitz Glass & Goodies in Omaha. Elsewhere in the state, buying online is the most practical option.

Industrial hemp was reclassified statewide in 2014 after the enactment of B-1001. Newly considered an agricultural crop, the plant benefited from the launch of state-sponsored research into its growth. However, it is unlawful to consume medicinal marijuana in the GOP-ruled state. However, in a recent poll, three out of four respondents in Nebraska voted in favor of a medical marijuana program. Use of recreational cannabis is illegal in the state, with cannabis considered a controlled substance listed in Schedule I; possession of an ounce of recreational marijuana can result in a fine of $300. There is a dearth of retail sellers of CBD oil and CBD cream products in the state and buying online could prove a pragmatic option.