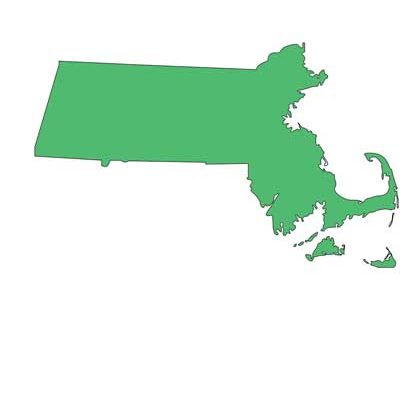 IS CBD Oil OR CBD Cream LEGAL IN Massachusetts?

In this article, we look at commonly sought strains, the legal provisions related to CBD oil and CBD cream in Massachusetts, and buyers’ sources in the state

R-4, also called Cindy’s Solution, has a high CBD content and delivers a range of therapeutic benefits to patients. It’s obtained by crossing Wu #1 (a blend of Reclining Buddha and Heartland Cream) and Blueberry Haze. The strain has a very high component of CBD (40%) and a very low THC level (1%). Users can derive relief from nausea, muscle spasms, and chronic physical pain, among other conditions, without having to suffer the psychoactive “high” that is characteristic of THC. The fragrance is a blend of chocolate and a subtle floral aroma.

This is a strain with high CBD content (24 times higher than its THC content), Haleigh’s Hope is named for a Colorado resident, a child with cerebral palsy and epilepsy who got cured after being treated with this form of CBD oil. The strain resulted from four years of experimentation during which various phenotypes were crossed and trailed. The strain is known to relax and uplift while offering relief from muscle spasm, depression, inflammation, and stress. However, the patient could occasionally get dry eyes.

While marijuana is classified by the Massachusetts Controlled Substances Act as a controlled substance belonging to class D, adults can possess up to 28 grams of it on their person or up to 10 ounces in their residence. Possession of more than one ounce can lead to jail time; first-time offenders may simply face probation. and are projected to top $0.93 by the year 2021.

The state has an operational medicinal marijuana program serving over 50,000 registered patients suffering from Parkinson’s disease, Hepatitis C, Multiple Sclerosis, Glaucoma, Crohn’s disease, Cancer, HIV or AIDS, ALS, or any other severe medical condition as certified in writing by a physician licensed to practice in the state. Possession of about 10 ounces of medicinal cannabis and growth of a limited amount at home are lawfully allowed. Medicinal cannabis sales hit $100 million in 2016 and are projected to top $238.4 million by 2021.

HB 2758 presented in 2011 and aimed at regulating the growth of industrial hemp was a move that initiated the legalization of CBD in Massachusetts. Various other bills followed, and the goal was finally achieved with the passage of HB 3818 in 2017. The bill promotes the use of medicinal marijuana as well as recreational marijuana in addition to boosting the growth of industrial hemp.

Where to buy CBD oil and CBD cream in Massachusetts

CBD hemp oil and CBD creams can be bought at retail stores in the state. Buyers may also source the product online. Massachusetts is emerging as a booming market for CBD oils and CBD creams and many retailers are opening shop every year. While there are many in the Greater Boston Area, buyers can also choose from many options in East Bridgewater, Georgetown, Natick, and Franklin. Some reliable vendors are Franklin Smoke Shop in Franklin, Alternative Therapies Group in Salem, New England Treatment Access in Brookline, Main Street Smoke Shop in Peabody, and Art of Vaping in Braintree. Buying online, however, is an excellent option with credible sellers who are transparent in their dealings.

HB 2758 in 2011 and HB 3818 in 2017 respectively began the growth of industrial hemp in Massachusetts and gave a boost to it. The state has an operational medicinal marijuana program serving over 50,000 registered patients. While marijuana is classified by the Massachusetts Controlled Substances Act as a controlled substance belonging to class D, adults can possess up to 28 grams of it on their person or up to 10 ounces in their residence.