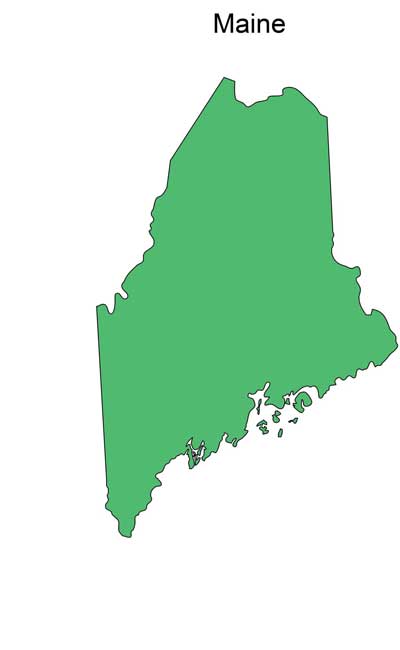 IS CBD CREAM OR CBD OIL LEGAL IN Maine?

In 2009, it became lawful to grow hemp in Maine after the passage of the LD 1159 (act). Six years later, LD 4 was enacted to expedite the matter even more. From 1998 onwards, the medicinal marijuana program has existed in the state in some form.

In the following article, we are going to look at the history of hemp in the U.S., the most popular sought after strains with a high CBD content, the laws relating to CBD in Maine, and buyers’ sources of CBD oil in the state.

History of Hemp in the U.S.

Several historians consider the first arrival of hemp in North America to have happened in 1606. European settlements in Canada and the USA have grown hemp mainly for fiber. Beginning in 1840, the industry grew for two decades in Kentucky, Illinois, and Missouri. However, at the turn of the next century, the industry continued to thrive only in Kentucky. During WWI, 12 states in the country were added in a temporary expansion of the hemp fiber industry. However, the need for apparel, rope, and paper no longer drove the industry in the 20th century which now served the demand for waterproof packing among other minor usages.

Bred by Bodhi, the renowned CBD connoisseur, Good Medicine was the result of crossing Harlequin (a sativa-dominant strain with high CBD content) and a hybrid that resulted from crossing Tres Dawg and Green Crack. Users of the strain savor its flavor that combines candy and sweet mango and experience a soothing albeit mild high. They get relief from headaches and bodily pains without experiencing any of the psychoactive haze characteristics of THC. A user may occasionally also get a mild headache and a dry mouth.

Rubicon an Indica-dominant strain that has an equal proportion (9%) of CBD and THC gives relief from inflammation while delivering a mild “high.” The jury at Colorado Cannabis Cup gave the award for the best CBD flower to Rubicon. The strain provides sufferers with relief from nausea and physical discomfort. Users may also enjoy Rubicon for its additional CBD richness when added to a bowl or joint.

The Bureau of Agriculture, Food and Rural Resources can license a state resident to grow industrial hemp as provided in the LD 1159 Act of 2009 enacted by the Maine legislature. Six years later, LD 4 was passed to ease out the requirements related to the growth of hemp as provided in LD 1159. As per the current bill, hemp seeds may be procured only from hemp seed producers approved by the state.

From 1998 onwards, the medicinal marijuana program has existed in the state in some form. As the law stands, up to two-and-a-half ounces of medicinal marijuana may be obtained by any registered Maine resident who suffers from Spastic and dyskinetic movement disorders, Inflammatory bowel disease, PTSD, Seizures, Intractable Pain, Nail-patella syndrome, Alzheimer’s., severe nausea, Crohn’s disease, Amyotrophic Lateral Sclerosis, Cachexia, Hepatitis C, HIV/AIDS, Glaucoma, or Cancer. Up to six marijuana plants may be grown lawfully by the nearly 54,000 registered patients in the state. In 2017, sales of medicinal marijuana totaled about $53 million; the projected figure for 2021 is $35.5 million.

Consumption of recreational marijuana is legally allowed in Maine, which, in fact, became the first state on the East coast in 2016 to make adult-use of cannabis lawful. The Maine Bureau of Alcoholic Beverages and Lottery Operations (BABLO) will regulate the retail sales of recreational marijuana expected to begin in the early months of 2019. Initial projections expect sales to hit $126.2 million by 2021.

Were to buy CBD Oil and CBD Cream In Maine

There are several retail sellers of CBD oil and CBD cream in the state, including East Coast CBDs in Unity, Empire Vape Shop in Waterville, REMEDY Compassion Center in Auburn, Not Another Glass Shop in Topsham, and Soul Being in Portland. Buying online will give you a wider range of choices, better value, and delivery services.

In 2009, it became lawful to grow hemp in Maine after the passage of the LD 1159 (act). Six years later, LD 4 was enacted to expedite the matter even more. From 1998 onwards, the medicinal marijuana program has existed in the state in some form. As the law stands, up to two-and-a-half ounces of medicinal marijuana may be obtained by qualifying patients in Maine. Consumption of recreational marijuana is legally allowed in the state.