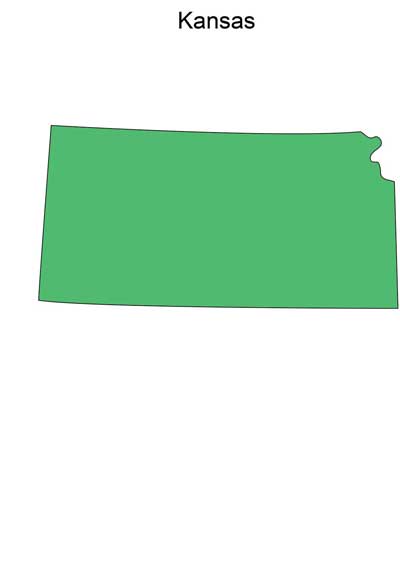 IS CBD CREAM OR CBD OIL LEGAL IN Kansas

The possession and use of products made of CBD oil or CBD cream became lawful in Kansas with the passage in 2018 of Senate Bill 263. The bill led to the formation of the Alternative Crop Research Act, permitting the growth of industrial hemp as provided by Federal law.

In this article we look at the history of hemp cultivation in the U.S., two commonly sought strains, legal provisions relating to the possession and use of CBD in the State of Kansas, and buyers’ sources of the drug.

History of Hemp Cultivation in the U.S.

There was active cultivation of hemp in this country in the early years of the last century before Congress made marijuana unlawful in 1937 by passing the Marihuana Tax Act. While production of industrial hemp was not the explicit target of the bill, the Act led to legal impediments that brought the curtains down on an industry that had once boomed. In 1942, hemp was revived briefly after farmers were encouraged by the government via a film called “Hemp for Victory” to grow several thousand acres of the crop to aid the war effort. But the end of the war in 1945 meant an end to an allowance of growth of the crop by the government. Twelve years later, the government once again imposed a ban on its growth.

Barney’s Farm has bred this strain, which has an equal proportion (6%) of CBD and THC, by crossing CBD Shark and Blue Cheese. The equal CBD-to-THC ratio makes the drug blend relieve stress and improve mood. The plant flowers in about nine weeks and is akin to a floral bouquet with an intricate design. Rich in flavor, CBD Blue Shark is suggestive of a flavorful combination of cheese, jasmine and berry.

Bred by Sweet Seeds, this cross between Chemdawg and an ancestor of European Diesel has a high CBD content and a CBD-to-THC ratio equivalence. It flowers in about two months and yields substantial resin, making it a prime candidate for extraction. The strain boasts an aroma that is woody with subtle hints of spices, lemon, and pepper.

Possession or use of recreational marijuana is unlawful (a misdemeanor of Class B) in Kansas. Violation of the law can mean six months of jail time with an attendant fine of $1,000.

Before the passage of a decriminalization bill in 2016, jail time for first-time violators amounted to a year. As late as 2018, Kansas continues to be vehemently opposed to the use of recreational cannabis.

SB 282 was approved by Governor Colyer in 2018, making it lawful to possess or commercially trade medicinal CBD goods with no THC content, and exempting cannabidiol from the definition of marijuana. Since the ban on cannabis products in 1927, no law prior to SB 282 had made it lawful to possess or use these products. Further, any resident of the state is allowed to buy or use CBD products lawfully, without having to register as suffering from a debilitating ailment.

The passage of SB 263 in 2018 led to the enactment of the Alternative Crop Research Act. Consequently, cultivation of industrial hemp by the Kansas Department of Agriculture in keeping with Federal legal provisions was permitted. The initiation by the KDA of a pilot research program in some chosen counties, including Russell County, was mandated. The program was aimed at the production of industrial hemp goods, economic development, and market analysis.

Where to buy CBD Oil and CBD Cream In Kansas

There are bigger markets than Kansas for CBD products in the U.S. There are a growing number of retail sellers of these goods in Wichita and Kansas City, including Gifts & Decor in Olathe, and Valentine Eclectic in Wichita. However, buying them online is the most practical solution, regardless of where you are in the state.

The passage of SB 263 in 2018 led to the enactment of the Alternative Crop Research Act. Consequently, cultivation of industrial hemp by the Kansas Department of Agriculture in keeping with Federal legal provisions was permitted. Further, any resident of the state can buy or use CBD oil and CBD cream lawfully, without having to register as suffering from a debilitating ailment. However, possession or use of recreational marijuana is unlawful; violation of the law can mean jail time.