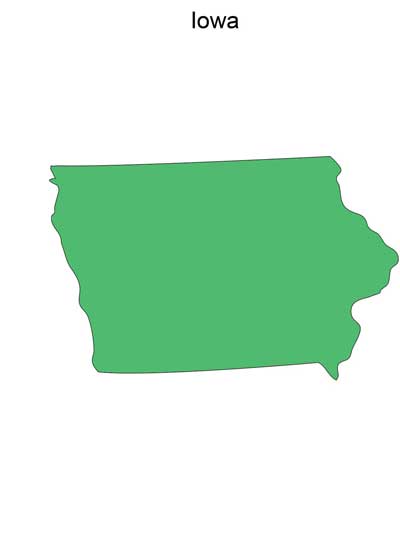 IS CBD CREAM OR CBD OIL LEGAL IN Iowa?

A unanimous 49-0 vote has pushed the Iowa Industrial Hemp Act through the Senate in 2018. The bill is now awaiting the governor’s approval, after which the Industrial Hemp Production Program and Industrial Hemp Commodity Program will become operational, thereby authorizing statewide growth of the crop.

In this article, we look at the import of hemp into the country, the most commonly sought mixed strains, the legality of possession and use of CBD in Iowa, and the legal mode of buying it in the state.

Although the hemp industry is thriving in the U.S., retailers, and producers are importing huge quantities of hemp seed oil, hemp seeds, and hemp fiber, every year, from hemp producing countries such as Canada, among others. The lawful import of hemp-based ingestible goods, hemp fiber, and sterilized seeds are permitted by federal law into the country, provided the THC content of the imports is negligible.

Bred by Dinafem, CBD Critical Mass is engendered through a cross between an unidentified strain by CBD Crew and the Critical Mass. Indica dominates the strain which has an equal proportion of CBD and THC. This strain has a high yield per acre, but the plant needs constant nurturing. The strain provides relief from muscle pain, depression, anorexia, and insomnia.

Another strain in which Indica is a dominant factor, CBD Critical Cure is the result of a cross between Critical Kush and a strain variety of ruderalis. Bred by Barney’s Farm, CBD Critical Cure has high CBD (8%) and relatively lower THC composition (5%) and provides relief from inflammation, pain, and stress, with little attendant psychoactive side-effect. The strain has a sweet, albeit earthy, flavor. Additionally, the influence of indica results in a profoundly satisfactory experience for the consumer.

With the classification of marijuana as a hallucinogenic schedule I substance according to Iowa Controlled Substances Act, the state has rendered a smokeable form of cannabis unlawful, and the law is unlikely to change in the foreseeable future. Possession or use of recreational marijuana can result in incarceration for about three months in addition to a fine of $1,000.

By mid-2018, the Iowa Department of Public Health had issued medicinal CBD registration cards to approximately 725 individuals. The THC content of the product — in the form of suppositories, creams, capsules, or oils — must not exceed 3%. Moreover, only patients suffering from medical conditions including Parkinson’s, cancer, and seizures, can register for the cards. The opening of licensed dispensaries has been announced in Waterloo, Windsor Heights, Sioux City, Council Bluffs, and Davenport. After the Hemp Act is approved by the Governor, the number of registered patients could rise to 12,000.

A unanimous 49-0 vote has pushed the Iowa Industrial Hemp Act (Senate File 2398) through the Senate in 2018. The bill is now awaiting Governor Kim Reynold’s approval, after the receipt of which the Industrial Hemp Production Program and the Industrial Hemp Commodity Program will become operational, thereby authorizing statewide growth of the crop, in keeping with the provisions of the 2014 Farm Bill. The programs will be overseen by the Land Stewardship and the Department of Agriculture, and the Iowa Board of Regents, respectively.

Where can you buy CBD Oil and CBD Creams in Iowa?

It’s legal to purchase CBD oil and CBD cream products in Iowa, you must be a state-registered patient, as the Iowa Industrial Hemp Act is still pending the Governor’s approval after clearing the Senate. The opening of licensed dispensaries has been announced in five different regions of the state that could enable several more patients to avail the medicinal-CBD treatment. Finally, the state has deemed the use of recreational marijuana unlawful, and the situation seems unlikely to change in the foreseeable future. In Iowa, buying CBD cream or CBD oil online is always a practical alternative.